A Marine, A Cop and A Comic! Dwayne Gill is a triple threat!

considered funny since birth; Dwayne found an outlet for his humor

Showcase in 1993. After only two performances, he joined the ranks of

professional comedians with his first paid booking at Gadzooks Comedy

Club. A native of Detroit Michigan and a member of Kappa Alpha Psi

Fraternity Inc, Dwayne is taking the comedy world by storm.

“Right then I knew comedy was what I was here on earth for,” he

laughs. “And I’d much rather take laughter than a bullet any time.”

relationships to the crazy situations he’s encountered as a police officer.

As an actor, Dwayne has appeared in the ABC crime drama Detroit 1-8-

7, and the movie “Crave”. He recently shot a pilot for a new sitcom

starring him called “Joe vs Joe.”

Dwayne has shared the stage with Louis Anderson, Tim Allen and has

opened for the Queen of Soul Aretha Franklin. Dwayne Gill is one of

the fastest rising comedians on the national scene today.

Dwayne has appeared in numerous comedy festivals and corporate

events around the country. If you have never met a cop with a sense of 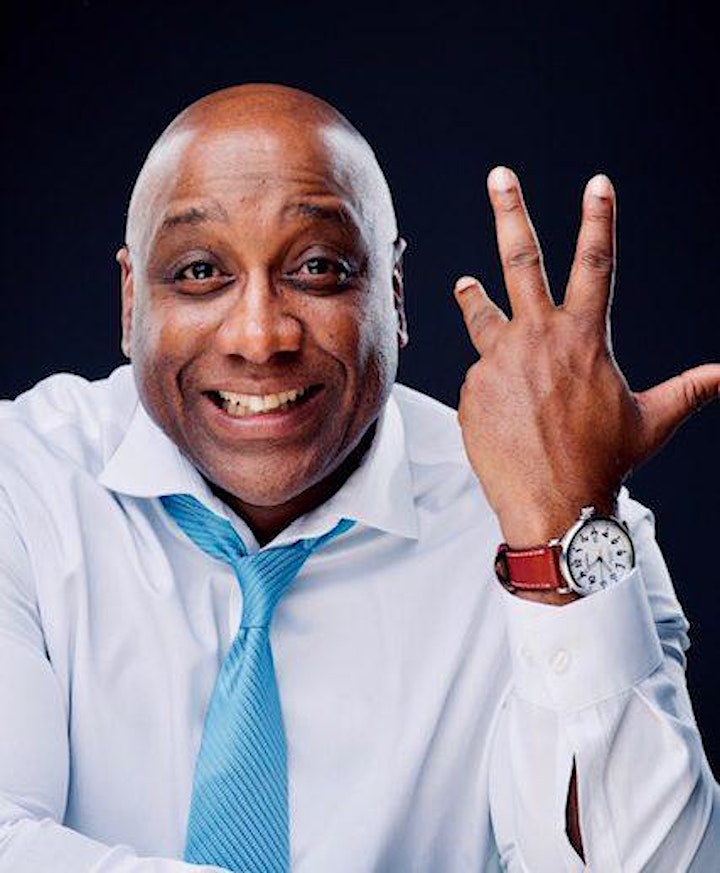